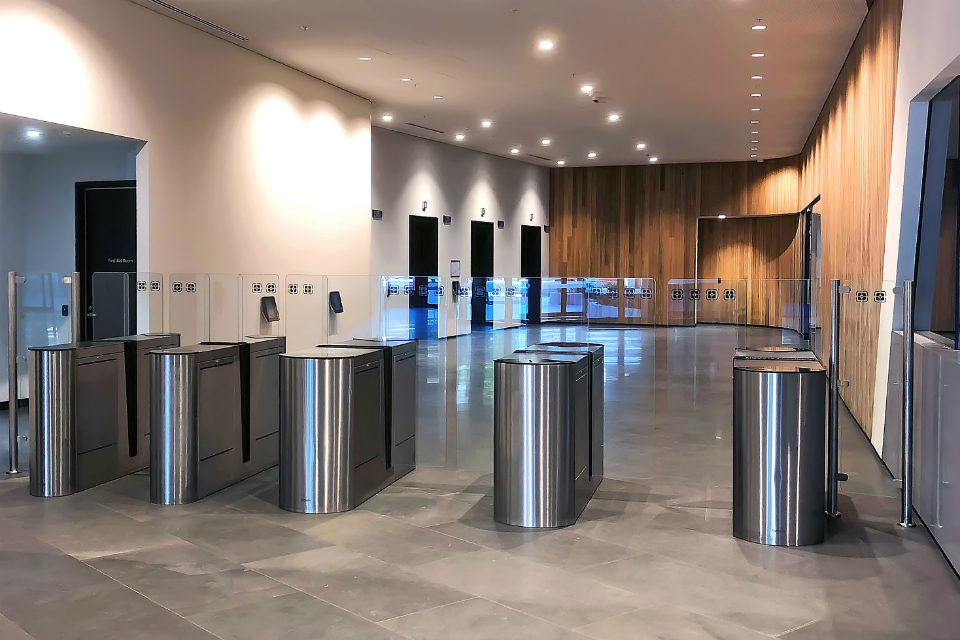 27 May EasyGate LX a perfect fit for NDIA

Posted at 00:46h in Case Studies, News by Jonas Marketing

The building, which is located at 21 Malop Street, houses approximately 600 NDIA staff, around 12 per cent of whom identify as having a disability says NDIA Chief Executive Officer, Robert De Luca.

Centaman Entrance Control installed four lanes of its popular EasyGate LX security speedgates in the building’s lobby, two of which were wide enough to accommodate wheelchairs and large deliveries.

This accessibility is aided by the EasyGate LX’s safety features, which include infrared safety beams and torque sensors that monitor the area near the barriers and stops them from closing or opening on an obstruction. The beams and sensors also help detect tailgating and unauthorised entry.

The speedgates can be integrated with the fire alarm system to automatically open in an emergency. They also boast a mean time between faults of 3,000,000 operations and can be configured to allow remote diagnostics, making ongoing maintenance and operations simple.

“The entrance control solution for NDIA’s headquarters needed to balance security, safety and reliability. The EasyGate LX does all this, and at a competitive price point.”